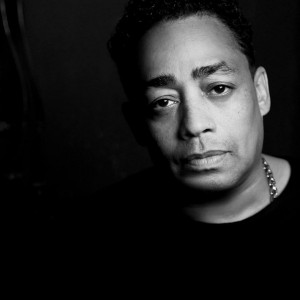 Of the original crop of Detroit DJs, Delano Smith is now the last. Reflecting on house and techno without his influence would mean viewing a very different musical landscape. Coming up at a time when the world was just discovering the influence a DJ could have, Smith battled his way to the top in a tough scene full of talent.

With the guidance of the late, great Ken Collier, his early sets fusing soul, disco and early electronic sounds would plant seeds in the minds of many of Detroit’s subsequent generations of house and techno. Those dancing to his sets in the late 70s and early 80s would go on to become dominant influences in first rave then global music culture. Now, the circle is closing as Delano stands shoulder to shoulder with artists he once educated.

His story is long and intriguing, running parallel to many of the developments not just in music but society at large that have shaped our modern world. First taking to the decks in a time of liberation and discovery, the economic down turn of the mid 00s brought him back to the house and techno fray. Adapting to new music has not been difficult for Delano, he’s just done what he always has done, piece together perfectly programmed sets of timelessly grooving floor killers.

Although techno post Belleville 3, UR is well documented, the scene that set the tone for them to emerge is less so. Honing his skills in the late 70s during what some have described as the Wild West or the Gold Rush, when the party culture we know now was making it’s first tentative steps, Delano Smith’s quality threshold is achingly high. In those early pioneering days one slip could have meant his livelihood. From this fiercely competitive world little exists to document it apart from its sole survivor now writing a brand new chapter in modern dance music.

The road to return began amongst friends as weekend sessions at home turned into parties and then eventually gained international recognition. London label Third Ear picked up on a slowed down sound emanating from the D and the sound of the Detroit Beatdown crew, Delano, Norm Talley and Mike ‘Agent X’ Clarke began to seep into Europe through the eponymous compilation series. The collection of tracks from the trio was well received and bookings came thick and fast from Europe’s top clubs. Along with his own imprint Mixmode, Delano was drawing together all he needed to unleash fully on the global scene. The return was well and truly on.

His early tours closed the decade treading a familiar axis between the US and Europe. A pivotal relationship with Berlin label Sushitech began in 2009 with a chance meeting with label head Yossi Amoyal, the setting Panorama Bar, a club that would later help define the pair.

After a string of successful EPs, in 2012 the Odyssey LP exploded onto the collective consciousness of the house and techno world. It spawned singles played across the board and gave birth to a clutch of killer remixes. In 2014 his sophomore long player arrived. Loaded with dark and dubby material it was a curve ball to follow the hysteria that greeted his debut. Pressed only on limited edition vinyl it was a statement of intent, that just as when he was breaking through in Detroit, this would be done on his own terms.

With a hardware live set, a return to his own Mixmode and appearances at the leading underground events becoming all the more numerous, the circle is nearly complete for this truly unique artist.