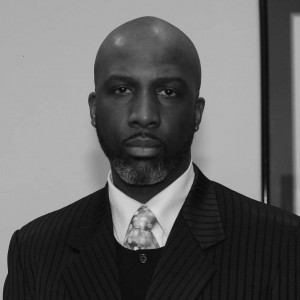 At the end of the 1990s, Mike Grant re-emerged as one of the leading figures in Detroit’s growing house scene after spending the majority of the decade and late ‘80s pursuing other ambitions. When Grant’s fresh Moods & Grooves label began raising more than a few eyebrows with its catalog of releases by many of Detroit’s best house producers, few knew that he has been a key figure in the Motor City’s early to mid-‘80s electronic dance scene as a talented DJ. Grant is one of the few Detroit DJs who plays complete deep house/house or techno sets as well as a mixture. While traveling throughout Europe Grant earned the distinction as being the first American DJ to have a residency at Tresor Club in Berlin.

Grant’s musical career began at an early age, influenced by Detroit’s fledging music scene and his uncle, the general manager at a local R&B/dance radio station, WKWM. By 1980, the young Grant had joined a DJ collective known as Men of Music while becoming close friends with schoolmate Blake Baxter. Baxter showed Grant the art of beat mixing while the two made mix tapes after school, and Grant eventually joined Baxter’s DJ group, The Beat Sound Company. A few years later in 1983, Grant was scoring club residencies in Detroit alongside legends such as Ken Collier and also managed to make appearances on The Scene, a video dance show on WGPR alongside even more local DJs such as Jeff Mills.

During this mid-‘80s era, Grant’s reputation as one of the city’s top DJs led to eventual friendships and partnerships with many of that eras other top DJs, most notably Eddie Fowlkes, Derrick May, and Juan Atkins. During the summer of 1985, he became a member of Detroit’s first radio mix show, “Street Beat,” where the foundation for what would later become early Detroit techno was ultimately formed. Prior to the Street Beat show, Grant made a commitment to join the military not knowing what doors would eventually open.

In the late ‘90s, Grant planned his return, beginning with a recording as Black Noise on Metroplex Records, titled “Nature of the Beast.” Rather than just DJ and produce tracks, he went to the lengths of starting his own label, Moods & Grooves, and began releasing the work of his peers as well as his own. By mid-2000, the label had received substantial acclaim – including a high-profile appearance by Grant at the landmark Detroit Electronic Music Festival. In 2001 Grant launched the techno based label End to End and urban sounding Afrosyntrix. Recent accomplishments include remixing the Detroit classic “Sharevari,” being selected to perform at Midem’s Electronic Showcase, selection and participation in DEMF/Movement, and inclusion to the “Techno – Detroit’s Gift To the World” exhibit at the Detroit Historical Museum.