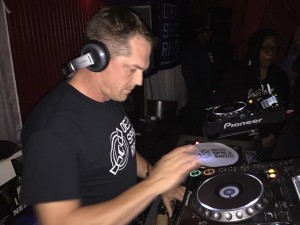 Will Web is a DJ and producer from Detroit, Michigan, United States. He started working in record stores and DJing at the age of 14.  Spending time in clubs like The Shelter, Todd’s, City Club, and The Music Institute, listening to The Electrifying Mojo on the radio, and watching Jeff Mills spin, he learned about music and taught himself to mix. He threw the first Detroit Rave at the Majestic Theater on Easter weekend, Saturday April 18th 1992 entitled “The Holy Rave”.  A few months later he threw “Welcome To The Orgasmatron”. He then started the Friday night party “The Factory at Industry” along with Mark McConnel.  He also ventured into the production side of music and began producing techno and electro. In 1995 his first tracks were released on Matrix and Direct Beat Records out of Detroit.  He was then signed to Astralwerks where he released two singles. He left Astralwerks in the late 90s and has continued to release remixes and singles on labels all across the globe. He was an opening DJ for Moby on his Midwest tour, and for the Chemical Brothers on their first U.S. tour.  He also became one of the few elite DJ’s that were part of the Underground Resistance Mobile Strike Force. He now resides between Palm Beach, Florida and Detroit, Michigan where he continues to produce and DJ.  He started the label Zero One Music in 2003 with his friends Scratch-D (Dynamix II) and DJ H-Bomb. Zero One has become known as a premiere outlet for talented artists in the electro music scene, from Detroit and abroad. He is also the host of “Breaking Waves”, the long running Thursday night show at 6pm eastern, on deepspaceradio.com